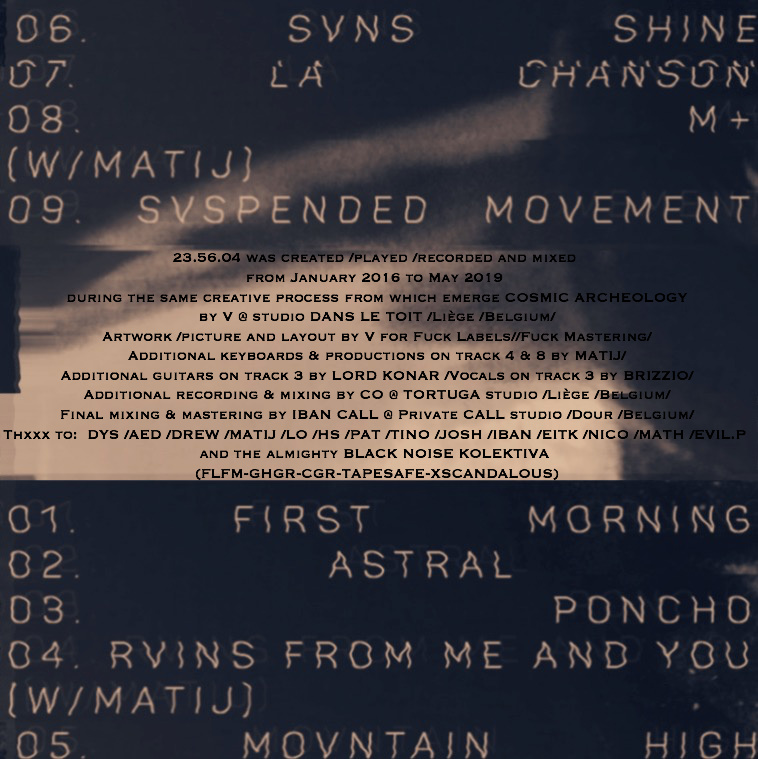 Vossen "V" is a beatmaker and does beats. It all starts not about the songs but about the beats. All his works begin with samples in the pure hiphop tradition. V defines his music as progressive hiphop, post hiphop, ambient noisy hiphop. He performs alone or integrates avant-garde formations for improvised live performances.

V's 4th album and debut on Mahorka "23.56.04" was recorded during the same creative process from which "Cosmic Archeology", his 3rd full-length, has emerged, and is in many ways the latter's companion. One could feel same vibes through both albums, but the newly released one is less ambient, less electronic and more organic.

2 of the tracks here were produced together with all-time partner MATIJ.

Real instruments are played on alongside the sample-based production - guitars, drums and bass, played by V or by friends, like Lord Konar on the guitars.

All the voices are real, recorded voices - by V, Matij and Brizzio.

All voices and instruments were recorded by DJ C.O from proletaire prod @ Tortuga Studio .Liège. Belgium.